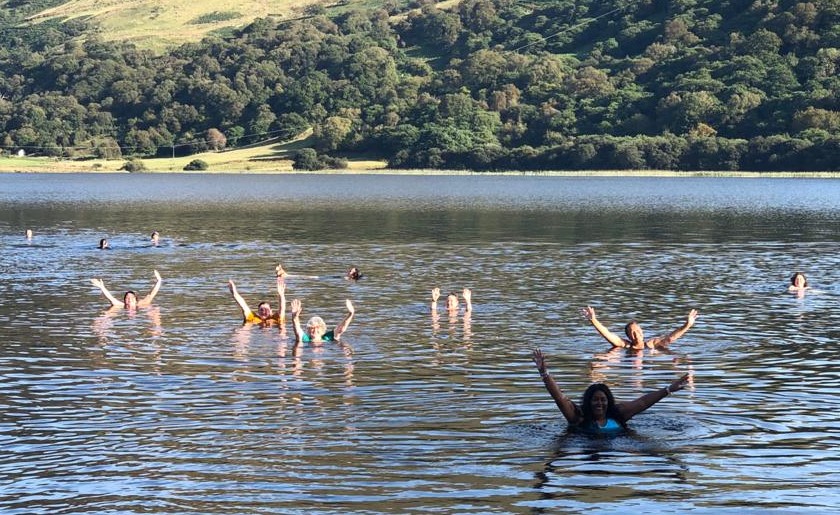 The announcement of the third national lockdown on 6 January 2021 was not the start to the year that anyone had hoped for… the rollercoaster ride of the COVID-19 pandemic, was, it seemed, still rolling on.

As the Women’s Budget Group find, COVID has had a disproportionate impact on low-income women for whom the pandemic has worsened already challenging situations ‘in terms of health, employment and unpaid work, resulting in increased levels of poverty, debt and mental health deterioration’.

Community Savers’ ability to support their communities through such profoundly challenging times in 2021 has been strengthened significantly by three grants from the We Love Manchester charity’s Stronger Communities Fund, and the Smallwood Trust’s Frontline Women (see April news) and Women Thrive funds.

Manchester-based groups have been able to use the We Love Manchester funding to relaunch their savings meetings after the lockdown easing in March, enabling people to build up some savings again and improving mental health and wellbeing through an array of activities and events.

Mums Mart were able to relaunch their savings meetings in March and hold a fantastic AGM and family fun day in August benefiting over 100 local families leading to lots of new members. They have gone on to raise over £300 at their Christmas Fair this month where local residents were able to benefit from low-cost Christmas gifts.

Miles Platting Savers had a fantastic relaunch event in September attracting over 100 local residents and leading to an additional ten members joining. Participants celebrated with a community wall made up of drawings of the household goods and other items the Savers have been able to provide to 34 families this year through their small grants programme (via Henry Smith Charity). MP Savers are also active members in the Miles Platting Community and Age Friendly Network – MP-CAN!, which successfully merged MP Community Network and MP Age Friendly Neighbourhoods board in July this year. Members are now united behind an exciting vision for the area including a climate action plan and a community-driven social club development after the loss of many community facilities since 2007.

In Hulme, Hopton Hopefuls were able to use We Love Manchester funds to organise an “International BBQ” together with On Top of the World Project where Savers were able to share progress with tenants on their Ageing Well work for older tenants in the Aquarius estate which is driving forward a “Naturally Occurring Retirement Community” model. This has led to a new Independent Living Adviser post and will soon see recruitment of a new Development Worker to take forward the NORC model in partnership with tenants. The initiative has shaped One Manchester’s plans for supporting older tower block tenants across Hulme. Excitingly, the GMCA’s Ageing Hub has now taken up this work as a best practice case study and are exploring ways to roll out the model with housing providers across GM.

Beyond Manchester, Brinnington Savers and Arbourthorne Social Savers have done a brilliant job of keeping their savings meetings going throughout the year despite repeated challenges with COVID and a broken ankle to boot! Brinnington have been able to build on the work they have been doing supporting older residents with digital inclusion and savings accumulation to attract a £2,000 grant from Stockport Homes Community Fund – great news!

Since September, Community Savers have been on a transformative journey of retreat and reflection which was made possible by some generous donations from our fantastic supporters out there and a significant capacity-building budget from Women Thrive Fund. Thank you so much to all who have donated and to the Smallwood Trust for your ongoing faith and interest in our work!

Our two-day retreat in Snowdonia was a game-changer for the network (why retreats matter), building and strengthening relationships between women leaders (and with CLASS), deepening leaders understanding of each other’s visions and projects, celebrating our achievements, and taking home souls filled with inspiration and motivation.

This gave us the solidarity and shared purpose we needed for two really productive theory of change and strategic planning workshops with leaders in the final two weeks of September facilitated by our long-term cheerleaders Participate!

Together with all the amazing support members have provided in their neighbourhoods throughout the year, the retreat and workshops contributed directly to the wonderful recognition of our transformative potential from the Tudor Trust who have awarded Community Savers and CLASS an unrestricted grant of £40,000 per year for three years.

Savers have found dialogue with the Tudor Trust positive and enabling giving everyone an opportunity to shine. Thank-you Tudor Trust for your kind words of recognition:

“The trustees really liked the emphasis on women’s leadership and the deep recognition of community expertise which is at the heart of CLASS’s work, and which sits at the core of the Community Savers groups. They were excited by the trust, mutual support and vision for change held within the groups, and by the clear sense of connection between members of different groups […]

The trustees saw the need for an organisation like CLASS to provide the development and technical support which enables the groups to flourish and felt that governance arrangements had been carefully thought through to support genuine working in alliance with the Community Savers network. Above all there was a sense of real excitement about what the groups are doing for their communities, as well as a huge interest in seeing how things develop over the next few years. The rooted and radical nature of the work, and the group members’ ability just to get things done were also greatly appreciated!”

We look forward to getting a lot more ‘things done’ in 2022!