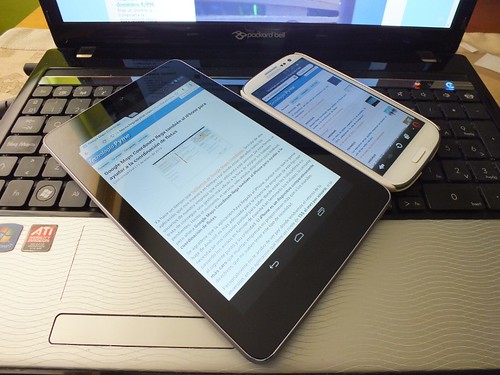 Tina Cribbin of Hulme Writers & Savers shares reflections on her digital skills-sharing sessions as part of GM Savers Go Digital! project – supported by the National Lottery Community Fund. Sessions are being run remotely through video call since the national lockdown was announced.

Just before Christmas, as usual, chaos reigned in the block. I felt overwhelmed with the number of crisis situations I was dealing with.

One resident who did not feel the need to “get involved in all that, its just not me”, phoned me in a state of crisis. I brought the tablet and set up our new Wi-Fi hub which was quite easy. We were quickly able to get the much-needed support she required.

In a crisis state, I didn’t push her to use the tablet, I just showed how it can be a useful tool. As things moved on, we worked on how to use the tablet as and when, for example, emailing agencies such as the benefits agency and social services. At first, she felt it was a hassle – I said “you need to trust me on this”.

We set up her email account and she sent her first email. When I showed her how it could be stored, she said “Aha I get it now! No-one can say I didn’t send it and them lot can’t mess me about!” I think she felt a sense of power for the first time where her life was being controlled by big institutions. This resident has so much stress and never gets any downtime, I showed her how to watch TV on it. “You mean I can watch stuff any time?” I said yes. That night she told me she watched the Housewives of Jersey but fell asleep after two episodes. I said “I’m not surprised” and we both laughed.

My other resident I’m sharing skills with is an older man, when I first brought the tablet into him he said “Get that thing out its neither use nor ornament!” I try and engage with him as and when. I know he loves reading, particularly Irish history. We ordered a book, and it came the next day. He was delighted. It was a picture history of his hometown, Donegal. Recently he’s had a tough time shielding and being very afraid of COVID 19. He received a letter of invitation to have the vaccine administered. The phone lines were impossible, so I was able to use our new tablet to book him in online. We got an appointment quickly and he said “It confuses me the way it works. But it does work!”

I’ve learned that older people are learning best when they learn by doing – when they gain something of importance to them about the engagement and for it to be very informal over a cup of tea. They also like it when I make mistakes on the tablet – the older man I noticed would then try and help me out with “What’s that button for? Could we try this?” and then a whole conversation would take place.

I am no expert and realise I am also learning by doing.